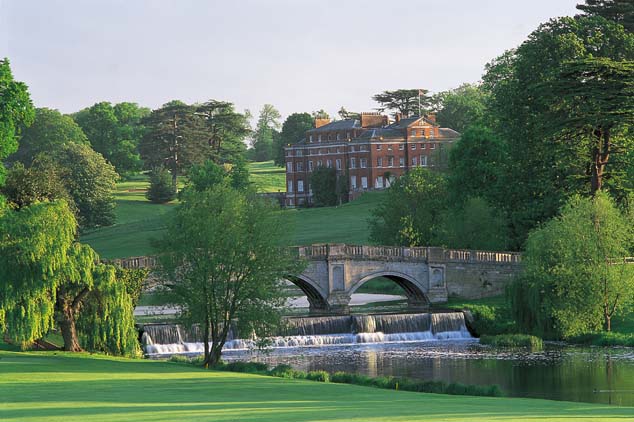 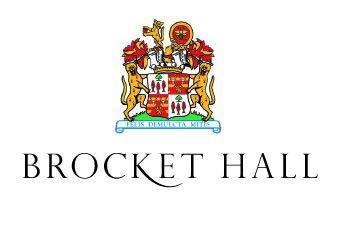 Situated in 543 acres of mature parkland on the banks of the Broadwater Lake, Brocket Hall is surprisingly only 40 minutes from central London.  Its location is conveniently close to all international airports and major motorway links and with helicopter landing facilities available on the front lawn.

At one time the home of Lord Brocket, but now managed by CCA International since December 1996.  This is a company that pays Brocket Hall due respect and has restored an enviable treasure to the market place for those special occasions when only the very best will do. CCA International is one of the world’s leading developers, managers and owners of luxury private, city, golf and country clubs.

Brocket Hall is one of England’s most prestigious and beautiful stately homes available for both corporate and private events to include weddings.  It is offered on an exclusive use basis only, ensuring privacy with good security for all its guests and with traditional English butler service – something rarely seen these days!

Steeped in intriguing history, the setting is a magnificent private estate, a place of tranquillity and timeless elegance. Brocket Hall also boasts two of the finest Championship golf courses in the South of England and the first Faldo Golf Institute in Europe.  All this together with an outstanding restaurant, Auberge du Lac, situated beside the Broadwater Lake with stunning views over the Estate. 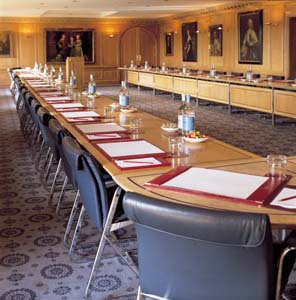 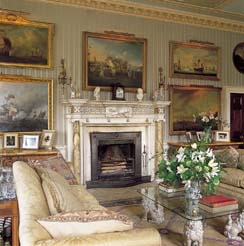 Brocket Hall is flexible and can accommodate most events.  The limed oak Boardroom has been used by many of the world’s major organisations and can accommodate from 25 – 150 delegates.  The room was designed with meetings of all sizes and formats in mind.  Specially commissioned leather chairs and oak tables ensure the comfort of delegates.

Each room at Brocket Hall offers its own charm and character, with superb furnishings and oil paintings and provides excellent entertaining, meeting and incentive facilities. Its standards of excellence are no less than you would expect from a stately home that has entertained monarchs, presidents and prime ministers for over 300 years.    Day rates are available as well as a 24 hour delegate rate to include a 4-course dinner served in the magnificent Ballroom.  The Prime Ministers dining table is a stunning 60ft long mahogany table used by the second Lord Melbourne to entertain royalty.  This beautiful table seats up to 54 guests, whilst the room itself can be arranged to accommodate a maximum of 150 guests.  For an evening reception 200 guests can be accommodated or up to 400 in a marquee adjoining Brocket Hall with a covered walkway.

There are 30 luxurious double guest rooms to choose from within Brocket Hall.  A further 16 are available in Melbourne Lodge, formerly the stables of the Estate, but now tastefully converted to provide a further 16 en-suite guest rooms.  With a total of 46 rooms (sleeping 88 guests in twin or double occupancy), no other stately home can boast this amount of accommodation.

Brocket Hall’s fascinating past is an 800 year lesson in English history.  First built in 1239 it was renamed in the 14th Century after Sir Thomas Brocket who married the daughter of the first owner, Simon Fitz Ade, and moved from Yorkshire to take up residence.  Following rebuilding in the 15th Century and whilst Mary was on the throne, the future Queen Elizabeth was kept under house arrest at nearby Hatfield House.  She frequently walked beside the Broadwater Lake to see John Brocket.  In 1558, as Elizabeth sat under the oak tree on the far side of the lake, a horseman delivered the news that she was the new Queen.  John Brocket was later knighted by the Queen and, as a token of their friendship, was given a portrait of the monarch that still hangs in the Ballroom. 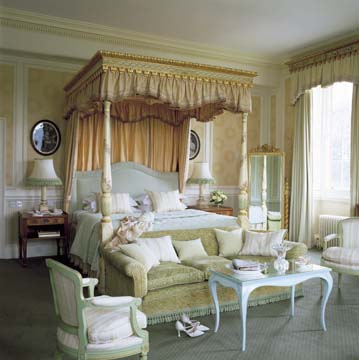 Demolished in 1750 and rebuilt by the architect James Paine, this is the house that stands today.  It is an example of one of the few buildings he actually completed.  Sir Peniston Lamb inherited Brocket Hall in 1768 and soon married the clever and politically astute Elizabeth Millbank.  After being the mistress to George, Prince of Wales for many years, she managed to attain the title of the 1st Lord Melbourne for her husband.

In 1832, William IV asked the 2nd Lord Melbourne, William Lamb to be Prime Minister and he duly asked Lord Palmerston to be his Foreign Secretary.  It was during this time that Queen Victoria came to the throne and it was Lord Melbourne who prepared her for her duties.

Portraits of both Lords Melbourne and Palmerston hang in the Billiard Room; quite fitting following Palmerston’s demise on the billiard table aged 81 in the clutches of a very young chambermaid.  The two superb golf courses set within the Estate also bear their names.

Brocket Hall also played its part in the war effort, when between 1939 and 1949 it became the London Maternity Hospital.  The Prince Regent, Lord Melbourne and Queen Victoria suites were all used when expectant mothers were evacuated from London and in total 8,338 babies were born at Brocket Hall during this time.

Few venues in England can offer this amazing breadth of history having been home to two prime ministers, played host to kings and queens and witnessed the infamous Lady Caroline Lamb introduce the waltz to England in its magnificent Ballroom.

In the 18th Century, the concept of hotels didn't really exist and large houses were built not only for the family to live in, but also to give them facilities for meeting and entertaining.

It is fitting that Brocket Hall today should once again be used for this original purpose, giving the opportunity for the Brocket Babies to revisit their place of birth.

You may have seen Brocket Hall on screen in period dramas.  Some of them can be seen from this link: